What about Like an Egg? From an idea that was hatched in 2010, Like an Egg was born and what a journey it has been. We’ve built a body of work and worked with clients that we love. We’ve won awards, we’ve been around the world, we’ve worked with Rock Stars, we’ve worked on National Ad campaigns and for the charity down the road. And we’ve done it all from our home in the South Wales Valleys.

We don’t pretend to be a huge faceless video production company. We are a small passionate team of filmmakers. We hope our work speaks for itself. Our aim is to be honest, friendly and totally committed to our clients.

Please get in touch and see if we are the right company for you.

Against such great advice in the summer of 2010 the three of us started Like an Egg Productions. We made videos for anyone that would let us. Charities, community groups, bands, schools and even a bowls club. We had only one goal. If we make something, it has to be great. We were only as good as our last video. It’s all we had. Alongside this we’d freelance for other people and worked in pubs on the weekend, anything to pay the bills.

After two tough years we found ourselves operating a full time video production business. We had big clients including the Wales Millennium Centre and Welsh Water. More importantly our small business clients kept coming back. We also found ourselves at the forefront of community charity film making, work that still gives us great satisfaction.

We started to gain a reputation for making great content but also making the impossible possible. This led us to producing music videos for Manic Street Preachers including Q award winning “Show me the Wonder” and a national TV ad campaign for Giff Gaff. In 2013 we were awarded the Lloyds TSB Award for Best Business Enterprise in Wales. This was in recognition of our success in growing our commercial enterprise through forming strong links with our community.

We’ve always worked with the best crew in the world and continue to do so. There are now four of us in the Like an Egg office with an extended team made from the best crew in Wales and we can’t wait to work with you. 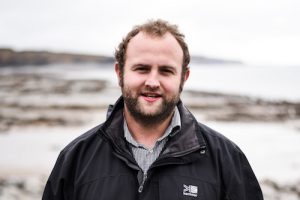 Keiran will be your first point of contact for everything– from initial communication, quoting and submitting proposals to pre-production right the way through to delivery. He’ll handle all communication and liaise between everyone involved in the project.

By having one person in this role it avoids any confusion and mixed messages. He will ensure everything runs smoothly and solve any problems that arise. Keiran has produced adverts for clients such as Welsh Government and Welsh Water, award winning music videos for the Manic Street Preachers and online content for United World Colleges and Cardiff University. 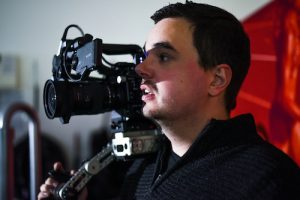 Our Creative Leads are Rob and Chris. They have created an effective partnership that consistently delivers exciting material for the past 8 years. Depending on the requirements and availability, either will take the lead and responsibility for a project.

Rob’s strengths are in telling stories with scriptwriting and creating captivating visuals. His patience, attention to detail and flexibility make him a real perfectionist. Rob is also a skilled colourist and skilled in after effects making him our in-house animator.

Rob is also an award-winning filmmaker with 10 years experience in filmmaking. He brings projects to life adding style and visual excellence at every opportunity. 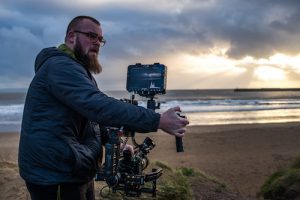 Chris benefits from having a great creative eye and ability to achieve amazing footage. As a fluent Welsh speaker, Chris will lead on all bilingual projects and is responsible for implementing our quality policy across every video.

He has also built an extensive reputation in the technical elements of camera work and editing. His skills have allowed him to travel the world working with Bacardi and Lucozade, learning exciting new techniques along the way.

His approachable and friendly personality creates a relaxed atmosphere for anybody who works around him. He loves what he does and his passion becomes infectious. Crucially it encourages an honest and enjoyable working relationship with clients. 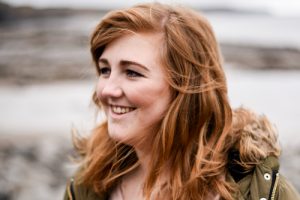 Atlanta joined Like an Egg in 2017 to become the in-house editor. She is a film graduate from University of Wales – Aberystwyth with a great eye for story. As a bilingual editor she works across multiple projects collaborating with both Chris and Rob.

Her ability to work at speed and deliver work that hits our high standards has already made her a vital part of the Like an Egg team.

Using her understanding of what is needed to deliver an engaging film she will often be asking the questions during interviews.

We have commissioned Like an Egg to produce a diverse range of films for Valleys Kids over the past 4 years and each time they have delivered a high quality film which has exceeded our expectations. They are a talented and committed team and manage to combine a high level of professionalism with an engaging and approachable manner which young people respond well to.  They have worked with many of our young people, most of whom have little experience of media and helped them to gain skills and grow in confidence through an enjoyable process…resulting in a film that they can be proud of.  I would highly recommend Like an Egg.” Denise Jones Development Coordinator

“The team at Like an Egg Productions helped us produce a video to recruit more GPs to the South Wales Valleys. They were an absolute pleasure to work with, combining very high quality with creativity and genuine passion – a combination that is rare to find and which shows in the result.” Felicity Waters, Head of Communications

“Strange name, great people to work with – and always willing to work hard and get completely behind the project in hand, which is a great comfort for a producer facing floods in Festival No6 or 12 bands in 3 days at Maida Vale. They’ve got good gear, good eyes and a great attitude. And they’re nice people too.” Phillip Moss

“Cardiff University has only been working with Like An Egg for about a year but in that short space of time they have become one of our go-to external producers. The team bring energy and enthusiasm to their projects and bring lots of ideas to the table. In addition to delivering to a high technical standard, they also represent great value for money and squeeze every penny out of a budget. They are easy to deal with and have built up good relationships with clients in the University. Their ability to work bilingually is a massive bonus.” Richard Martin – Film Unit, Cardiff University

“I don’t know how they did it but Like an Egg took 40 years of history and created the most beautiful and powerful three minutes of film that told the story of our charity and the people we help perfectly. They listened. They questioned.  They were genuinely inspired by what we did and that shone through in the respect they gave the subject matter.  An all-round superb experience” Rachel Rowlands, Age Connects Morgannwg

“I have been extremely impressed by the service and product you have provided for us.  I know you made everyone feel at ease during filming and the final digital story is fantastic.  We could not have asked a better service! Thank you for all your hard work and commitment to this project and we look forward to working with you again.” Rhian Webber, Strategy for Older People Co-ordinator, Rhondda Cynon Taf County Borough Council.

“It was a pleasure using Like An Egg. The guys were a delight to work with as they always strived to go that extra mile. I was impressed with their creative and imaginative ideas, which allowed them to bring a simple brief to life in a captivating way. They’ve consistently delivered charming and exquisite end products, which is why I’ll definitely be using them again!” Maris Lyons, Creative Associate, Wales Millennium Centre.

“In every instance the team have been on time, to budget and provided great recommendations in their approach to filming. The final product is always excellent quality and I can recommend their service.” Gaynor Francis, Marketing and Communications Manager.

“A curious cocktail of passion, professionalism and attention to detail. The team at Like an Egg did exactly what it said on the tin and with no small measure of fun and creativity along the way. The short promo videos you made for us reflects the high quality and standards our business seeks to maintain and the image we wish to project. We have found them to be invaluable tools in communicating to our clients (and indeed prospects) in a modern and powerful way that is a departure from the usual glossy brochure brochures and PDF case studies which few of our clients ever have the time to read. It was a genuine pleasure working with you guys and thank you!” Alex Egan – Technical Director

“They are a great team to work with and delivered both a quality and professional end product in a short period of time. Nothing is to much trouble for them and would highly recommend, its been a pleasure to work with Like an Egg.” Mark Hutton

“It’s just really nice, because there’s a real warm glow to the shoot. Everyone is unpretentious and just getting on with it. Which is rare for a video.” Nicky Wire

“I have an amazing service company who I work with called Like an Egg and they are incredible at pulling things together at short notice. I much prefer the energy to the London film industry in general and I try to shoot there for any UK-based work.” Josh Cole (Coca Cola, Starbucks, Rudimental)